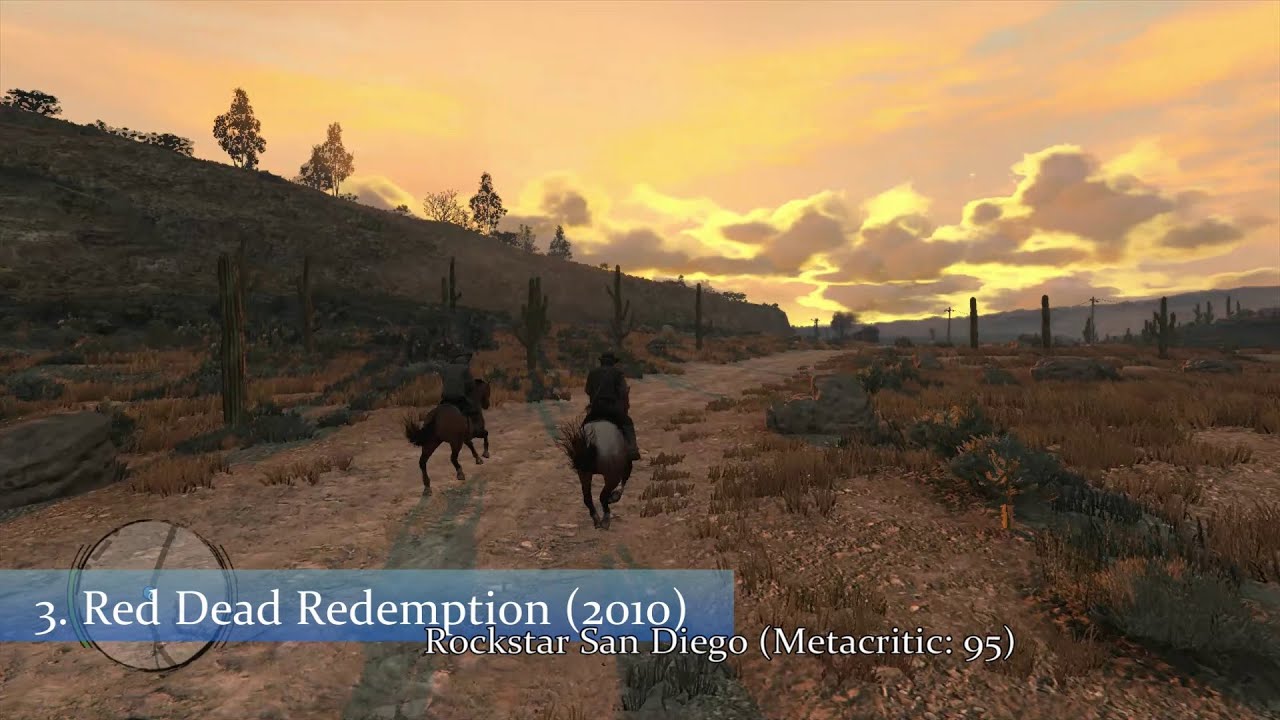 Note that there are repeats on this list; for example, seeing Mass Effect 1, 2 and 3 as well as the Mass Effect trilogy is redundant. However, this is how voters vote, and since this is a voter’s list…

Sadly, for Yakuza 3 – I was unable to get a reasonably priced copy of the game, so I cheesed out and used some footage from the Yakuza 3 trailer, not actual gameplay footage.

And as usual, here is a steam key to celebrate! HAA3V-FHVM6-I98Q3 – if you read this and claim it, please leave a comment letting us know what it was!

NOTE: Sonic Generations is mis-labelled – it should be #68, not #67. Thank you @
Marcello Ardito Cordova for pointing this out!

Based on the coment of The Flaming Pike and because I got some free time, here's my list of games:

Exclusives:
5- Killzone 2 and 3: The first from PS2 really didn't catch me, but 2 and later 3, even without the best campaign, but the gameplay, multiplayer and landscapes were amazing
4- Little Big Planet (I only played the first one): a very fun game to play with the family, my sisters loves to play this game
3- Ratched and Clank: a really insteresting platformer saga, The HD Collection sure wasn't the best but the PS3 games were fun.
2- God Of War saga: The HD Collection was a good collection to remember the PS2 games, and GOW3 was one of the most epic games that I've played
1- Uncharted series: One on my favourites TPS sagas, 3 had one of my favourites online multiplayer on console (sadly it was shutted down) and 2 had one of the best campaign in a TPS

Special mention: Gran Turismo 6 just because I love racing games, the Resistance Saga because it has a really good co-op campaign, Demon's Souls because it's the game that started all, I haven't played the first Dark Souls and I won't recomend DS2 to anybody on this system, want to mention the first TLOU, but I haven't played it yet…

Multiplatform:
5- GTA V: I skipped IV (got it on 360 but, y'know, the red ring of death, so I couldn't play it), and yeah, maybe it was a dissapointment for some fans, but I had fun with the campaign, the online (without the shitty people on it) is fun and it looks really good.
4- Red Dead Redemtion: just like GTA V, but it has COWBOYS so it makes everyting better, from the shootings to ride a horse in the sunset, and I'll dare to say it, it has even gorgeous landscapes than GTA V (I got the DLCs but I haven't played it yet)
3- Bayonetta: I also love Hack N Slash, and maybe the best version to play it it's on the switch or in PC, but you won't regret (really) anything if you play it here.
2- Grid Autostort: Again, I love racing games, and this one has a really good mix between arcade and simulation (but NFS Prostreet make this better, I just don't recomend it on PS3 because I haven't played this version and I've heard that it's a bad port).
1-Ultra Street Fighter IV: Fighting games is another of my favourtite genere, and this game for a lot of people (including me) consider the best of the genere for the PS3.

Multiplayer Games:
5- Tekken 6: This one is a more accesible fighting game, so it's a good choice if you want to play with your family (Blazblue is other good choice with his really good explained tutorial, but this one is harder to master).
4- GTA V: it has a lot of activities to play with your fellas, from deathmatch to races, and of course, the heists
3- Battlefield 4: yeah, it also has a lot of shitty people (I'm not refering that they're noobs, I mean trolls and trashtalkers) but I love how masive the maps are, and the shooting really feel good and are really fun
2- PvZ Garden Warfare: just like Battlefield 4, but more "family friendly" and with split-sceen co-op to play with your younger brother or cousin (or just alone, this game is really damn fun).
1- Modnation Nitro Racers / Motorstorm: they may be frustrating, but I loved to play this game online (when it was available) and with my sisters/cousins in the same screen.

HD Collections:
5- Ico and Shadow Of The Collossus: I didn't play those games on PS2 and this was a good way to discover them.
4- DMC HD Collection: Again, I love Hack n' Slash games, and what better to play the king of the genere (togheter with Bayonetta and Ninja Gaiden) in HD and 60fps.
3- Ratchet And Clank HD: my favourite platformers from the PS2, like I said, it wasn't the best HD collection but it does what it does. (I haven't played Sly Cooper yet btw).
2- Resident Evil HD: One of the best games from the PS1 in a really stuning HD version.
1- Jak And Daxter: the same with Ratchet And Clank, but without problems

Underated Games:
5- Under Night In Birth: a fighting game that no one plays on PS3 anymore
4- Sleeping Dogs: an open world with good parkour and melee combat
3- Devil May Cry 4: as a fan for the saga, yeah, I don't consider it better than 3, but it has the gameplay from 3 but polished, and the most beautiful landscapes in the saga (the graphics award goes for 5 of course).
2- Nier: now that AutomatA is a success, you shouldn't loss the oportunity to play it
1- Darksiders: Ugh, it's a real crime how underrated this saga is, it's a really good Hack N Slash saga and I really recomend to play it.

I agree with tlou

Have you ever played a game,and felt that it isn't popular, then found out that it actually has a large fanbase?
I felt it with Resistance,The Suffering and Max Payne

Red dead redemption is The best game in 7th generation

Games of ps3 that don't run in pc

God of war ascension be like* am i joke to you

Where is black ops 2💔

Where is Enslaved Odyssey to the West or Heavenly Sword 🙁

I just bought a PS3 to play some of these games

Thnx for the great vid I make ps3 gameplay please watch it and suggest what I should play next
https://youtu.be/DDt4YnHMOes

Badass video! Thank you for finally a no BS good game collection for PS!!