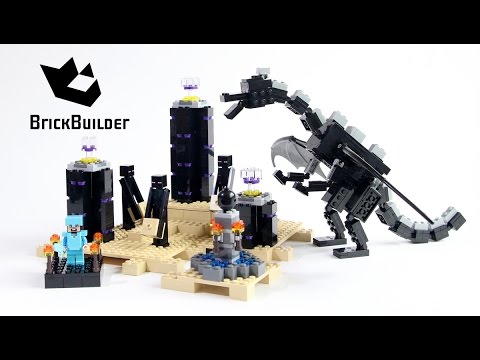 This video is for AFOLS (Adult Fan Of Lego), lego collectors and Parents who watch what lego they will buy. Also this video shows what pieces this set contains, which is extremely important for Lego collectors and for the stores they sell Lego pieces separatelly, because many sets contains very rare and expensive Lego pieces.

Interestingness for collectors:
In late December 2011, the concept of a Minecraft-themed set was submitted to LEGO’s website CUUSOO. Due to the game’s large fanbase and the large LEGO fanbase, the concept received the 10,000 supporters it needed very quickly. The concept went through a long review period, and after going through all of the nescessary product tests, a set was produced, 21102 Micro World, unveiled at LEGO World Copenhagen in February 2012. The set went on sale June 1, 2012. Many units of the set were sold.

On November 2, 2013, at MineCon 2013, LEGO announced brand new minifigure-scale Minecraft sets. Fans can leave their input and ideas for the new sets on the LEGO Minecraft Facebook page.

Interesting LEGO fact:
– The LEGO molding process is so accurate that just 18 elements in every million do not pass the company’s high quality standard.